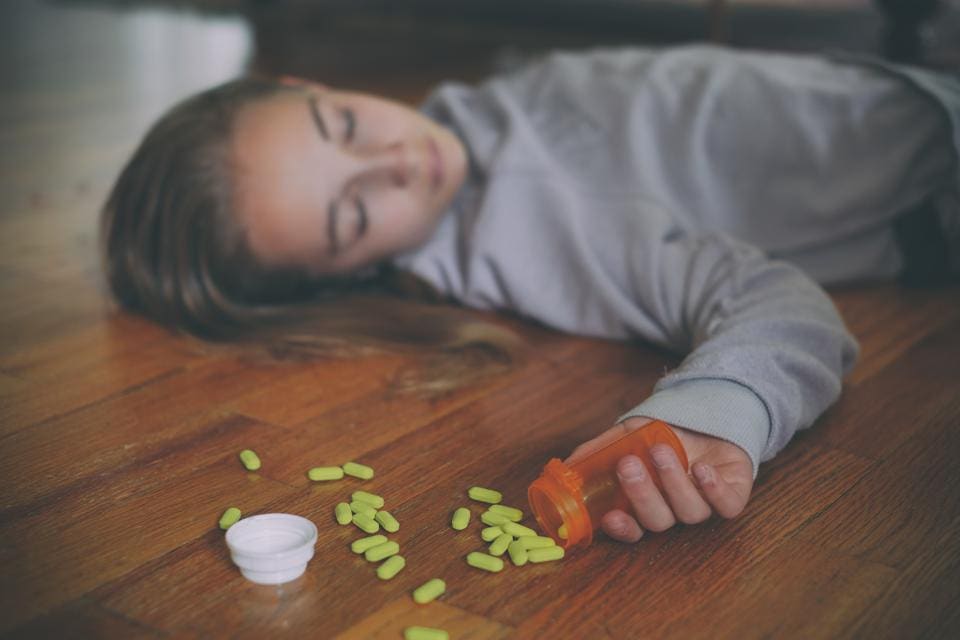 In a study of more than 200,000 cases of kids misusing and abusing opioid painkillers, researchers found that, although the number of such incidents has dropped since 2005, life-threatening cases have increased.
“Parents and pediatricians need to be alert to the risk of self-harm, misuse and abuse of opioids in children and adolescents,” said senior researcher Dr. Jocelyn Grunwell. She’s an assistant professor of pediatric critical care medicine at Emory University in Atlanta.
“Much of the research on the opioid crisis has focused on the impact to adults; however, children and adolescents in the U.S. are also negatively affected by the opioid epidemic,” Grunwell added.
Despite efforts to control access to prescription opioids, the number of hospital admissions for opioid poisonings among children and teens, especially after an attempted suicide, is increasing, she said.
“Parents need to remove, or restrict access to, opioids,” Grunwell advised, “and seek mental health services for children and teens at risk for self-harm and opioid abuse.”
In the study, the researchers found that the number of children admitted to intensive care units rose from about 7% of more than 80,000 poisonings between 2005 and 2009, to nearly 10% of more than 48,400 poisonings between 2015 and 2018.
The increase in the number of kids winding up in intensive care units has been driven by possible suicide attempts among those aged 18 and younger, the study authors said. The most common overdoses involved methadone, fentanyl and heroin.
Using the National Poison Data System database for accidental or intentional opioid overdoses among babies and children under age 19, the researchers found that between 2005 and 2018, more than 207,000 cases were reported to 55 poison control centers.
Most child drug poisonings did not need an intensive care admission and caused either a minor reaction, such as drowsiness, or none at all.
But the number of kids who needed specialist treatment increased throughout the time of the study.
The researchers found a similar increase in psychiatric unit admissions. The percentage of these admissions more than doubled, from 4% of more than 80,000 cases between 2005 and 2009, to 8% of nearly 48,500 cases between 2015 and 2018.
Also, the number of children needing cardiopulmonary resuscitation (CPR) went from 1% of 5,200 cases to 3% of nearly 4,600 cases over the study period, the findings showed.
The report was published online Dec. 20 in the journal Clinical Toxicology.
Linda Richter is director of policy research and analysis at the Center on Addiction, in New York City. She said, “The authors are certainly justified in concluding that more attention needs to be paid to adolescent mental health to address the alarming increase in opioid-related suicide attempts, but clearly much more needs to be done to prevent the overwhelming proportion of poisonings that derives from unintentional or accidental exposures in the home among very young children.”
The most common cause of the poisoning incidents across time has been unintentional, or accidental, exposures in the home, Richter said.
For parents, she suggests:
“Telling the truth could save a child’s life,” Richter said.
More information
For more on Addiction Treatment Programs, head to Illuminate Recovery.Com
Copyright © 2019 HealthDay. All rights reserved.